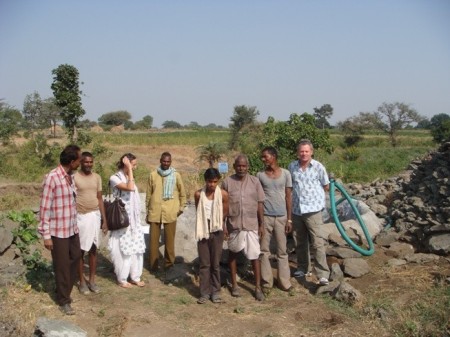 When we first met Dulji, in 2009, he gave us the most positive and clear view of what his fields would provide for him.

His land is a little bit higher and less forgiving than others, and he had to have nine members of his extended family working non-stop for 45 days to get to his first stage.

He knew that he wanted to grow just cash crops, and when we returned to see his progress after one year, his tomatoes and chillies had produced 90,000 rupees - ten times the previous yield and twice as much as the basic subsistence level required to feed his family. He even still does the occasional stint of labouring on one of the nearby larger farms, but only because he wants to and to make a bit extra, not because he has to.